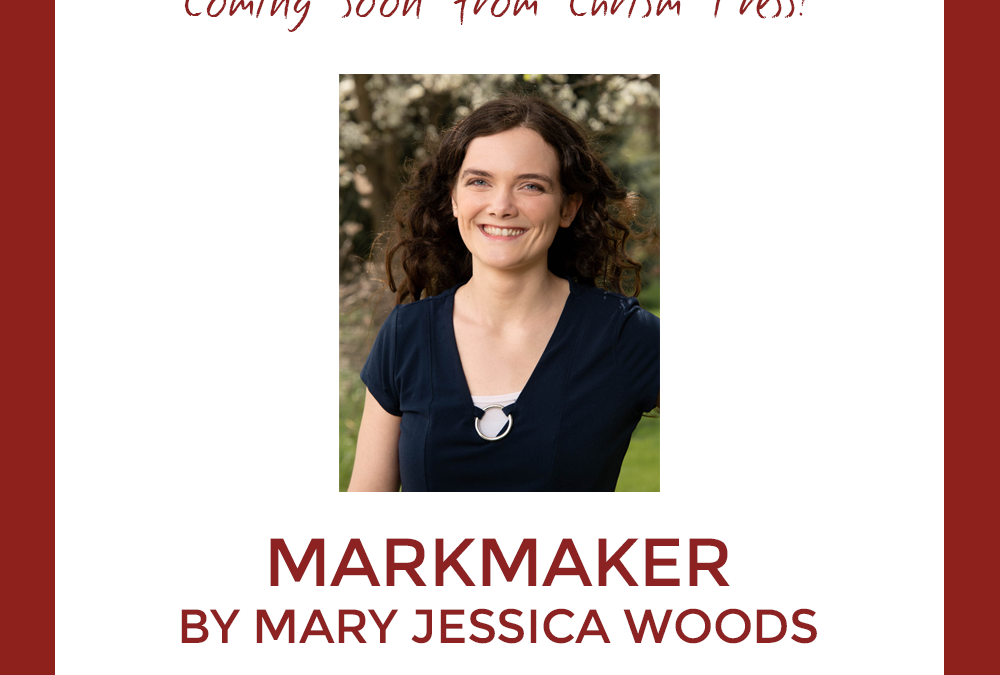 We at Chrism Press are pleased to announce our latest acquisition: Markmaker by Mary Jessica Woods.

For the Noxxiin people, tattoos define identity: they commemorate birth, ancestry, accomplishments—even crimes. As a tattoo artist living on an ancient generation ship, Mariikel Serix has sworn to paint the truth. So when he becomes an unwilling accomplice in the banishment of an innocent man, he is horrified that he has broken his oath—and his eyes are opened to the misery of the Underbelly, the realm of the outcasts.

Mary Jessica Woods was raised and homeschooled in the Chicago suburbs, where she read as many adventure stories as she could get her hands on. At the age of ten, she realized she was doomed to be a writer and has been following the muse ever since. Still seeking adventure, she headed out west to Wyoming Catholic College, where she climbed mountains, rappelled off cliffs, and studied the Great Books.