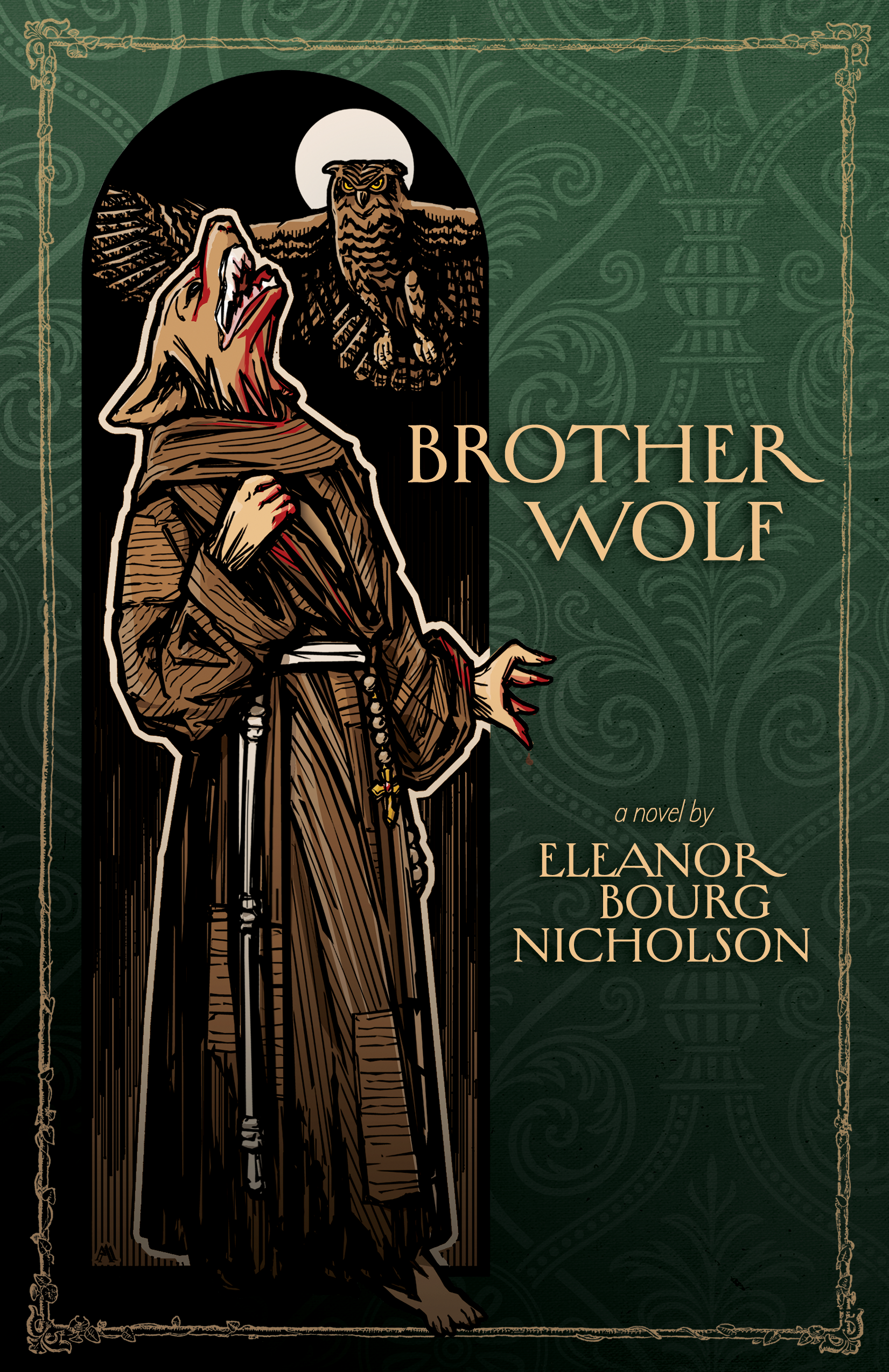 For Athene Howard, the only child of renowned cultural anthropologist Charles Howard, life is an unexciting, disillusioned academic project. When she encounters a clairvoyant Dominican postulant, a stern nun, and a recusant English nobleman embarked on a quest for a feral Franciscan werewolf, the strange new world of enchantment and horror intoxicates and delights her—even as it brings to light her father’s complex past and his long-dormant relationship with the Church of Rome. Can Athene and her newfound compatriots battle against the ruthless forces of darkness that howl for the overthrow of civilization and the devouring of so many wounded souls? In this sister novel to A Bloody Habit, the incomparable Father Thomas Edmund Gilroy, O.P. returns to face occult demons, gypsy curses, possessed maidens, and tormented werewolves, accompanying a charming neo-pagan heroine in her earnest search for adventure and meaning.

Brother Wolf is a book you don’t just read—you live in it. It’s a splendid Gothic mystery and a convincing werewolf story with an endlessly intriguing cast of characters. —Tim Powers, bestselling author

Even though they love animals, modern Franciscans don’t admit werewolves to their Order. But if they did, they should be prepared in case Brother Wolf starts running amok. That is exactly what happens in this Catholic horror novel set at the beginning of the twentieth century. Add in an attempt to destroy the European economy, an apostate priest, an unlikely romance, and the shocking appearance of the demon known to the Romans as the goddess Diana. Thank goodness those friars were able to enlist the aid of the renowned vampire-hunting Dominican, Fr. Thomas Edmund Gilroy, O.P., first introduced to us in A Bloody Habit. Yes, be prepared for a wild ride when the fur starts to fly. — Augustine Thompson, O.P., author of Francis of Assisi: A New Biography

The Birth of a Narrator

The Making of a Cover

A Bloody Impertinence: An Apology Regarding the Order of Preachers & the Gothic Genre