The Birth of a Narrator 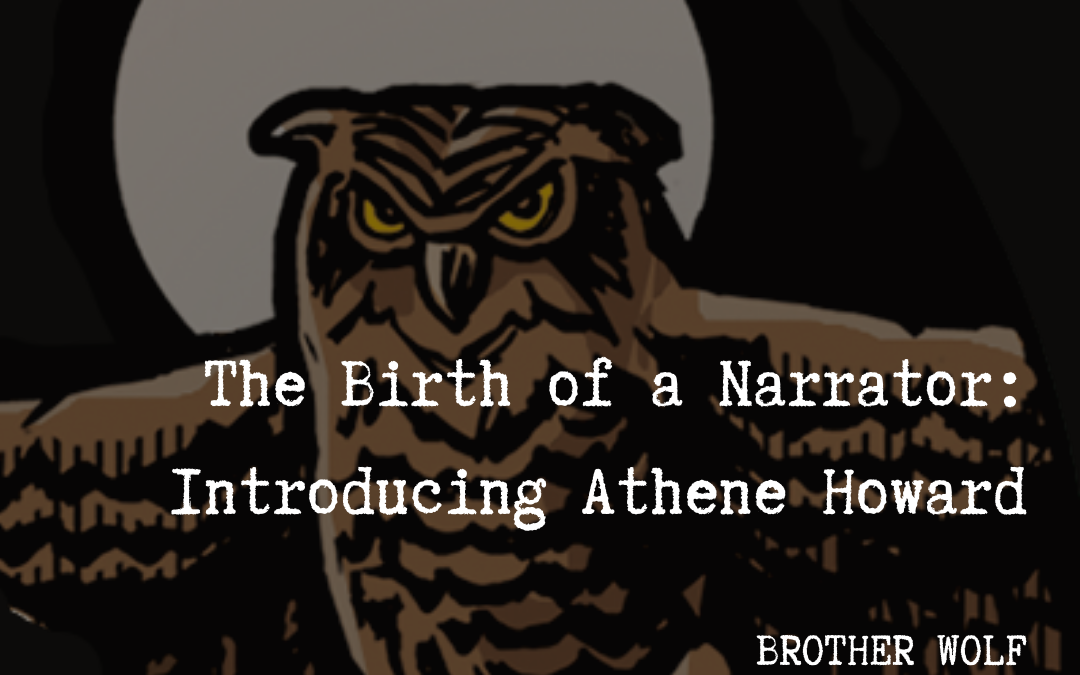 The writing routine of Anthony Trollope as described in his autobiography has inspired many to critique him as less than an artist. In me, however, it has always provoked a strong jealousy. I wish I could say that I awaken at 5:30am every morning, roused by an obliging servant bearing a cup of hot coffee, and write for three hours before commencing my “day job”. I can’t even claim to pace myself with my watch, producing 250 words every fifteen minutes. My jealousy extends to many other writers, including Charles Dickens, Agatha Christie, and P.G. Wodehouse, whose output fills shelves upon shelves in my home. My own writing comes in fits and starts, in between other obligations and duties, and requires much polishing and editing.

There are moments, however, when the Muses and the children are all indulgent, my mental preparations of plot and character all “click”, and I am able to write in a fevered rush. The last ten chapters of A Bloody Habit came together like that. It was dizzying and thrilling at the same time. The first chapters of Brother Wolf came with similar swiftness. Isabel, summoned out of the sanctuary of a convent to search for her relapsed werewolf brother, launched into a tale as dramatic and urgent as any Gothic novelist could wish to concoct. Then everything stalled and I could not persuade the characters to go anywhere or do anything to the purpose. We were at an impasse.

Dismayed, I realized I could not stand Isabel as a narrator. I balked at the thought of writing (much last reading) chapter upon chapter of repressed emotion and interior torment. Could even my beloved, bespectacled Fr. Thomas Edmund Gilroy survive this voice? Would he not be provoked in the final pages into cleaving the narrator’s skull with a hatchet? I retreated into mental preparations, endeavoring to find an escape from the corner into which I felt I had painted myself.

It was in the early hours of nursing a newborn that I first heard the voice of Athene Howard. As dire and dark deeds transfixed the world in horror, she could scarcely refrain from squealing with excitement. She was the antidote to the emotionless restraint of Isabel, an irritant to the sensibilities of the hero, and the perfect person to laugh at Fr. Thomas Edmund’s puns. Here was joy! Here was exuberance! Here was the potential for wry humor in the face of lycanthropy and the occult! “O brave new world…” cried Athene, and I echoed the quotation.

In the months that followed, Athene and I got on very well together. I could not torment her as I did John Kemp in A Bloody Habit (and such a delightful task it was to make him uncomfortable in every possible way). At every turn, she was as eager as I to unpack new and bloody challenges. The only serious delay we suffered was when I attempted to push the werewolf-hunting cohort somewhere no Dominicans would have been present in 1906. After a little more research, we picked up the thread again. (Vicious revenants and undead fiends are welcome in my writing; historical anachronisms are not.)

The dramatic urgency of Brother Wolf comes from the cursed twins, Isabel and Jean-Claude. Their story, however, would never have been told without Athene, her notebooks, and her bicycle. We played together with the full range of classical mythology, a much-loved area of study I shared with my brothers in my early youth. I am indebted to Athene. I feel tempted to apologize for several experiences I inflicted on her. She weathered them nobly, however, inspiring me to unleash new terrors with every chapter. Like Fr. Thomas Edmund Gilroy and the High Decadent “J” of The Letters of Magdalen Montague, Athene will forever be dear to me, one of those cherished authorial experiences of a character who did most of the hard work for me. For the months of our collaboration, I did not even have to be jealous of Trollope & Co.—though that coffee-bearing servant still sounds alluring.