The “Far Things”: My Personal Take on Catholic Fiction 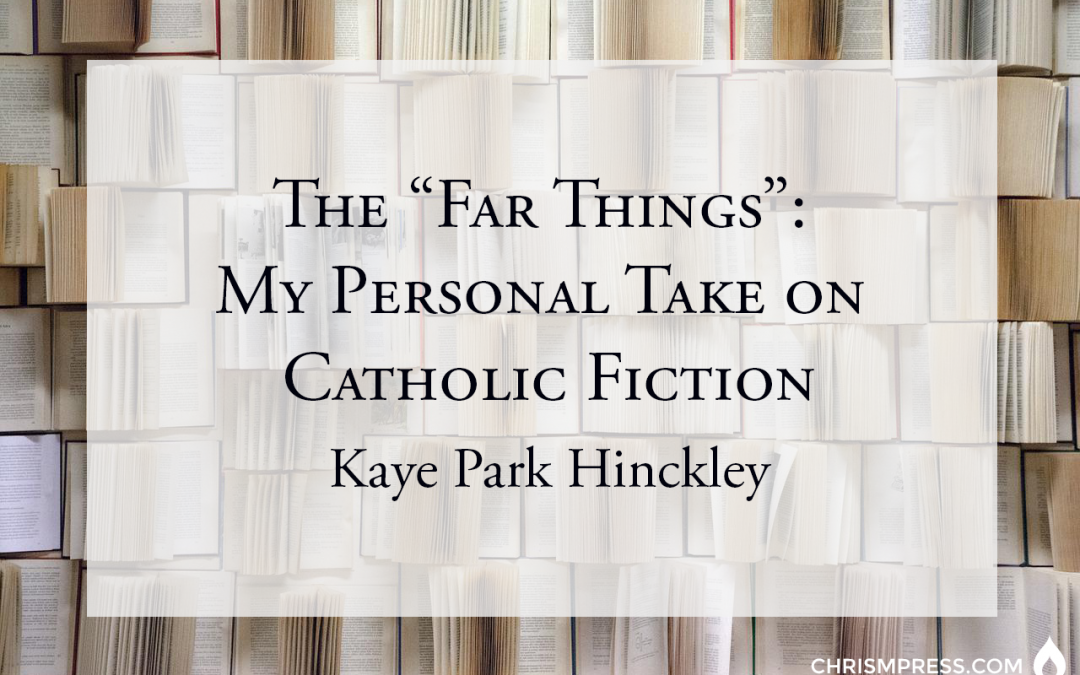 “In the novelist’s case, prophecy is a matter of seeing near things with their extensions of meaning and thus of seeing far things close up. The prophet is a realist of distances, and it is this kind of realism that you find in the best modern instances of the grotesque. Whenever I’m asked why Southern writers particularly have a penchant for writing about freaks, I say it is because we are still able to recognize one.”

What are the “far things” O’Connor is talking about? It is the connection between close-up realism on Earth and a higher spiritual Truth. God and our relationship with Him, however weak or strong or strange; this is what O’Connor writes about. This is what I’ve striven to write about, too, in my ten published books.

To show God’s presence in the world, a writer who wants to bring far things close up often uses the strange or the outlandish. Flannery O’Connor called it the ‘grotesque.’ She was an author who wrote fifty years ago, when not only the South, but most other areas recognized the outlandish as just that.

Today, the rules concerning what is strange have changed. Oddity has become almost normal. Yet God hasn’t changed. He is just as apparent in today’s seemingly evil world, maybe even more so. And to present Him in fiction, a writer cannot use quiet sentimental fluff to show His action through people. Because God’s action—His grace—coming to fruition in people who want to be restored is sometimes harsh, even violent. A writer concerned with presenting the chance of salvation has to come to grips with this noisy, often nasty and distracted world. A writer who wants to expose the grace of God, must learn to eat with sinners as Jesus did.

Many of us yearn for a chance of restoration. And most readers have a desire for some redemptive act in a novel or story that offers the chance of restoration as well. We long for that moment of grace that will turn us, or better us, or lift us up to higher place in the eyes of those we love. Yet we often forget that the price of restoration sometimes takes the grotesqueness of a Crucifixion.

First of all, because the soul of Catholic Fiction is that God exists and works in the lives of sinful, fallen people who have totally rejected Him–and that He does this out of love, regardless of how forcefully a human being, signified by a character in a story, tries try to shut Him out. And we need to know that.

Secondly, because Catholic Fiction points to our true identity as human beings, which is that we are not just happenstance entities placed on Earth. We are God’s children, created by Him and made in His image and likeness, and that we have a greater purpose here. And hopefully, Catholic Fiction does this through stories in which we can see ourselves, and with language and imagery that points to the divine in each one of us.

Thirdly, Catholic Fiction attracts us to what we lack on Earth, something larger and more beautiful than what this material world can give. And honestly I think in our hearts most people know this. It may not be the underpinning of a lot of fiction as much as other subjects are, but the yearning is definitely in every person though they may have crusted it over with ‘stuff’ that our culture says we ought to have. And this is an innate yearning that only the divine can satisfy. People are seeking the beauty of God, whether they classify it as such or not.